Today we had an excursion to the Tatar derevnie (the countryside). I thought this meant that we would go out to the countryside and see real life in a Tatar village so I packed a bunch of snacks and prepared for a full day of walking. Instead we went to an amusement park type complex that was in the city but designed to look like a traditional Tatar countryside. We watched some singing and dancing and played a couple games. We learned some Tatar words and the excursion was interesting to see but it was like 90 degrees so everyone was very hot! Here are a couple of pictures from my adventures!
A Tatar folk ensemble singing traditional songs in traditional costumes. 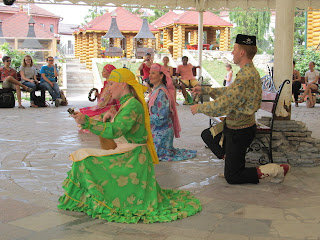 A traditional; dance with a shawl. 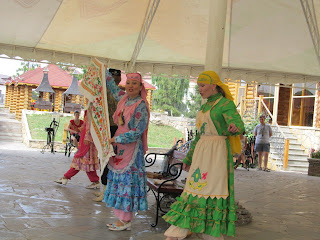 After the singing and dancing the ensemble gave us a tour of the village which reminded me a lot of the big Lido in Latvia for those who have been. 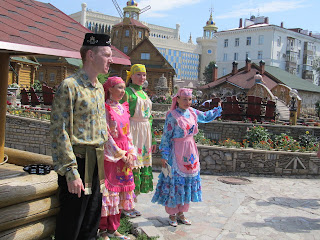 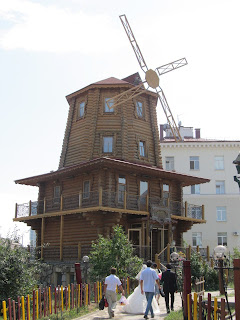 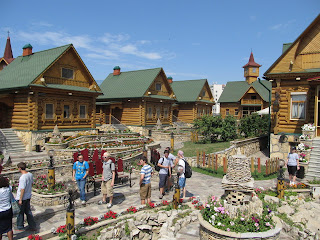 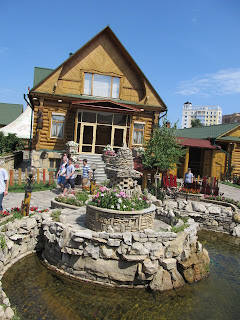