This semester my Women and Politics students are working on a project with YouthSpark an Atlanta based anti-trafficking organization. As a feminist researcher and academic I think it is important to give back to the community and so my work seeks to improve the status of women and promotes equality. This is why instead of having my students write a formal research paper as their final project this semester, I am having them partner with a community organization on a project designed to meet the needs of the organization. Since there were many anti-trafficking organizations in Atlanta I spoke with some contacts I had on the national level of the anti-trafficking movement to determine which organization would fit the needs of my students. YouthSpark came highly recommended and so I emailed them to see if they were interested having my students work with them. Thankfully they were willing and very excited at the prospect of working with college students so I went and met with their program coordinator to determine what their needs were and how my students could help. They identified three main needs so I broke the class up into two groups, One group will formulate ideas for the creation of meaningful volunteer opportunities at the organization and then the other group will work on a project that evaluates their Community Ambassador Program. In order to prepare the project proposals for YouthSpark, this week we had a guest speaker to our class, an intern from YouthSpark who is also a Clayton State Psychology MA student. She came to our class to talk with the students about YouthSpark and give them her perspective interning at the organization. My students asked tons of questions and I think it was useful for them to hear their colleague's experiences and impressions.

My students asking questions during the presentation. 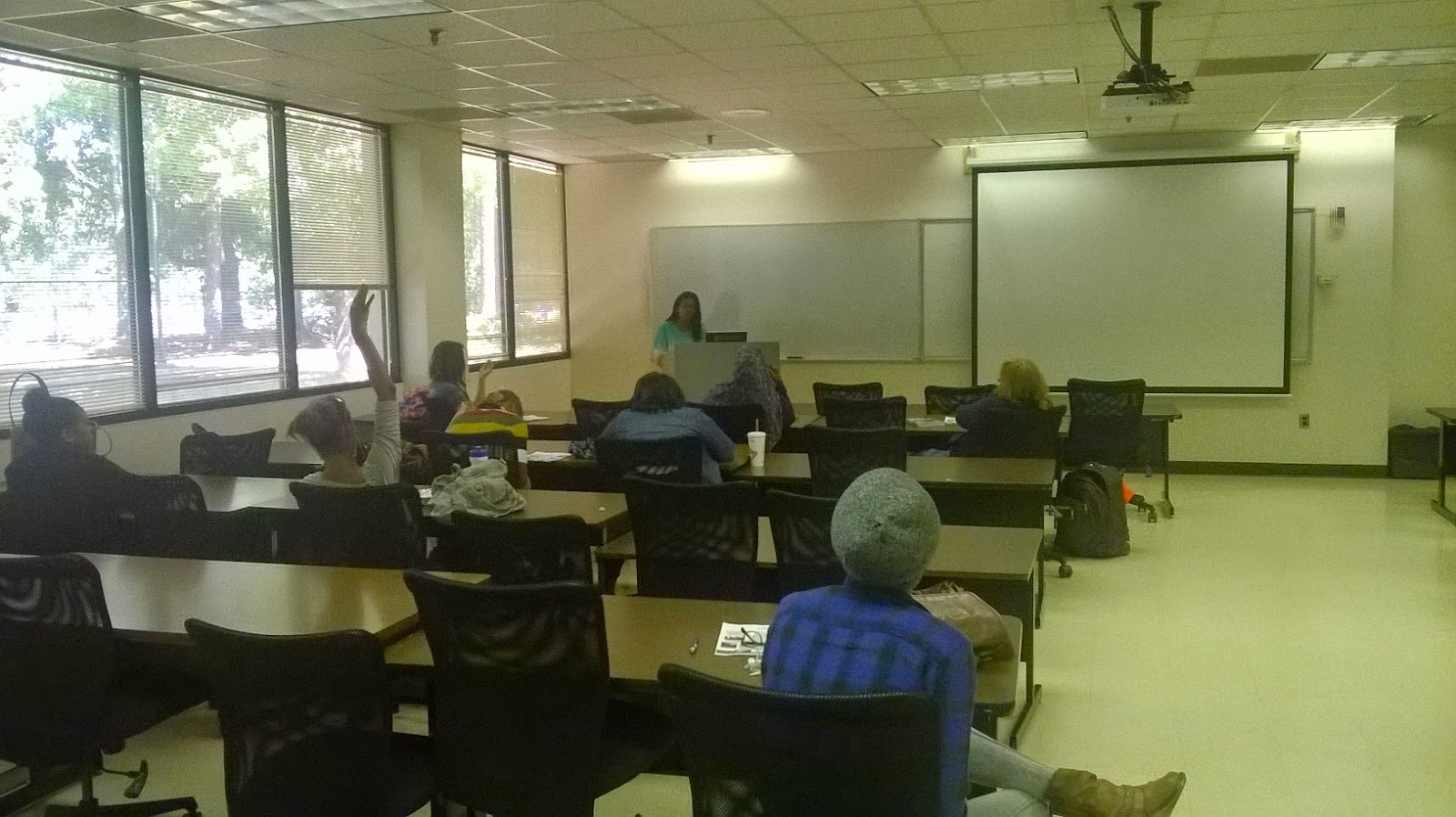 The Polaris Project State Ratings for 2014 came out today! Similar to the US Trafficking in Persons Report Rankings these scores are something I always look forward to reading about because they show how far the states in the US have come with trafficking legislation over the past year. It is remarkable just how different the map looks over the years since the ratings began. 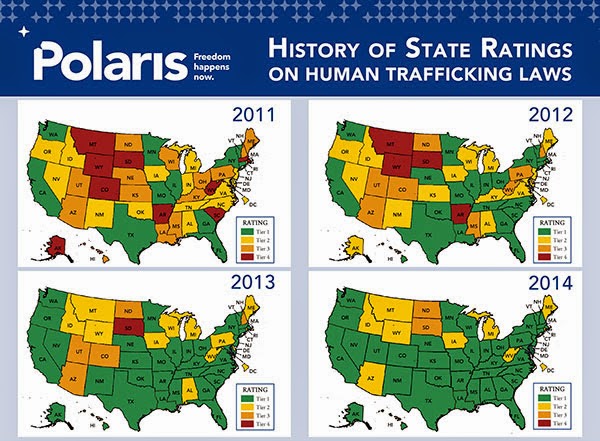 States are rated based on a ten point scale with one point for each of the following provisions: Sex Trafficking, Labor Trafficking, Asset Forfeiture and Investigative Tools, Training and Task Forces-black, Lower Burden of Proofs for CSEC Victims, Hotline Posting, Safe Harbor, Victim Assistance, Civil Damages, and Vacating Convictions. Polaris Project started rating each state in the US in 2010 and each year the ratings of the states have increased. So that means that since the ratings were published many states have adopted trafficking policies satisfying the above criteria. The first state level anti-trafficking legislation was adopted in 2002 and the last state to criminalize human trafficking was Wyoming in February 2013. There have been significant strides in state level legislation since 2002 and every year more and more states have adopted trafficking laws. Although the rankings have changed over the years with more specific provisions, they still evaluate the depth of trafficking legislation on the state level. One thing I would like to see them do in the future is discuss the superfluous legislation that has also been adopted since 2002. Most people think that more legislation is a good thing but not all legislation is designed well and can help survivors and those combatting human trafficking on the state level. Still, these rankings have provided the groundwork for evaluating state level policy and the Polaris Project's Legislative Circle's bi-weekly emails track human trafficking legislation across all fifty states. For more information and to read more about the individual state rankings please see here.
Posted by Laura at 10:18 PM No comments: