All summer we have been preparing for our final concert where we performed Russian folk songs, dances, and recited poetry. We started the concert with the song По Дону гуляет or a Cossack is walking near the Don River, then sang Светит месяц, светит ясный or the Moon is shining brightly and finished with Katyusha, the Russian diminutive of Katherine. Our host families and tutors were invited to the event and our teachers took the preparation very seriously! We even had to wear Russian traditional folk costumes which looked like choir costumes with traditional shawls. This is a picture of some of us during our dress rehearsal! 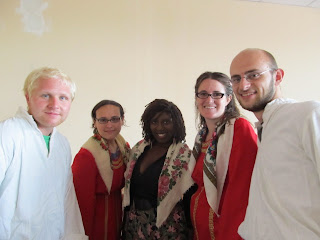 The concert was held in our institute The room was a large office during the day but for our concert they just shoved the desks aside and set up chairs. 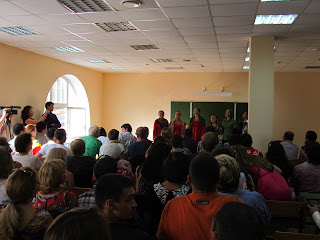 My Babyshka, Galina has been talking about the concert for the past month and when we entered the hall I saw that she had a front row seat for our performance! Many people have requested a picture of her so here it is after the concert, as promised! 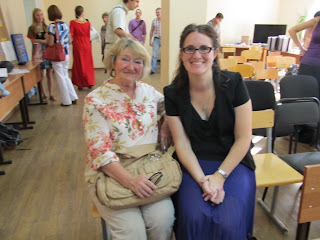 We had a post concert celebration complete with Lithuanian champagne and caviar from the Caspian Sea! 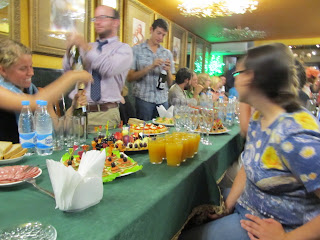