We spent the first night on the boat traveling to Cheboksary, the capital of the Chuvash Republic. There were noticeable differences between this republic and Tatarstan. The town was significantly smaller than Kazan. The Chuvash people are also Turkish and so they speak a dialect of that and are Muslim, although this city seemed significantly less diverse than Kazan. Here is a picture of the port which is the first thing we saw when we arrived. 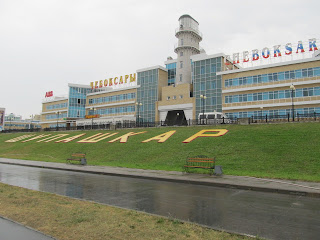 Here is our welcoming committee of people in ethnic Chuvash clothing. They sang and danced for us which was wonderful to see! 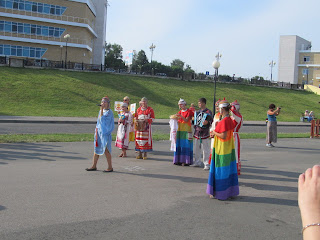 Because the name of the city begins with a Ch, Cheburashka a Russian children's literature character was also there to greet us! 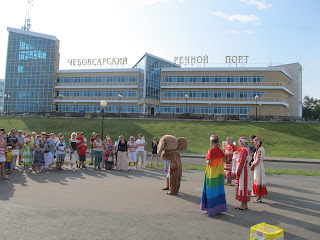 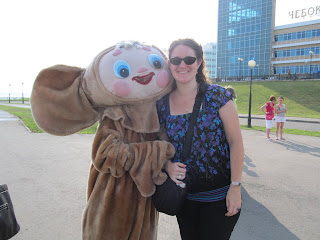 The mother of the city, a 46-meter-tall Mother Protectress is the symbol of the Chuvash republic, and the capital city, Cheboksary.  The plaque beneath says Blessed are my children, living in a world of love. 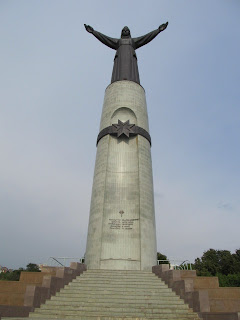 A World War II memorial that overlooked the city and the Volga. 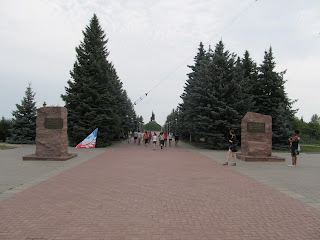 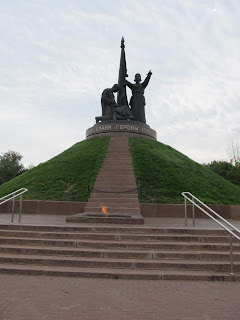 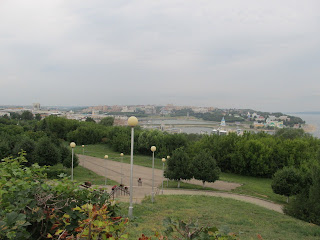 The Arbat or pedestrian street of Cheboksary with souvenir shops and Chuvash ethic goods. I bought an engraved Chuvash folk doll in ethnic clothing for my printers drawer. 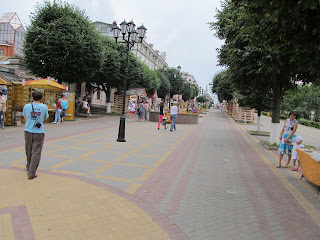 A plaque of ancient Chuvash symbols for earth and friendship that reminded me of Latvian symbols. 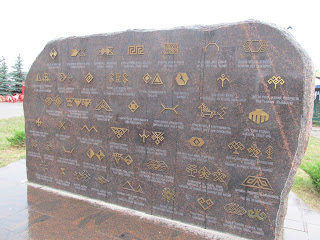