We spent the night in the capital city of the Mari El Republic is Yoshkar-Ola which means Red City in Mari and had the entire next day free to wander the new but interesting city. This is all new development along the Malaya Kokshaga River that runs through the city. e 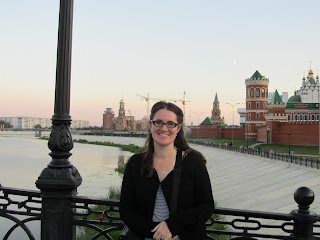 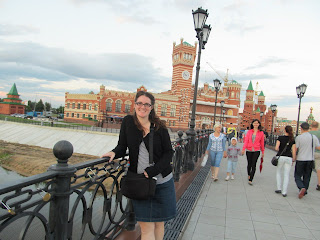 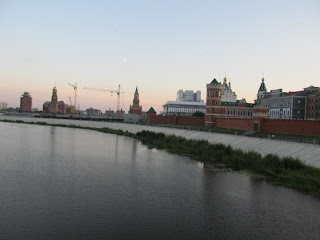 We watched a glockenspiel procession of the Jesus and the Apostles which is kind of visible in the middle of the photo. 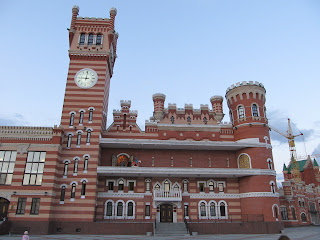 The city seemed brand and all the new buildings seemed to copy architecture from other places. This part along hte river looked like Amsterdam. 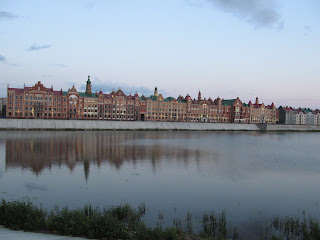 No this is not Moscow! 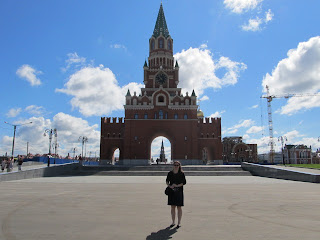 And this part was like St, Mark's Square in Venice. 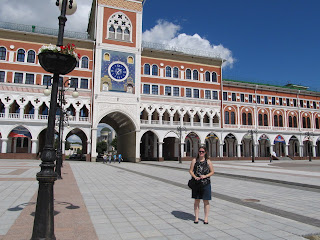 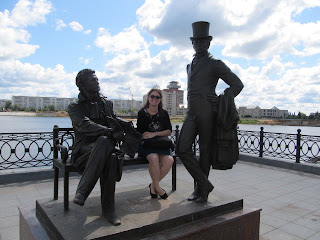 Remnants of an empire: we went to a museum on the Gulag, the only museum of this kind I have ever seen in Russia. The museum was housed in the former NKVD and KGB headquarters. It looked like a hoarder lived there but it was full of interesting tidbits from the past. I was just sad with the lack or preservation of some of these historical items that just seemed thrown together. 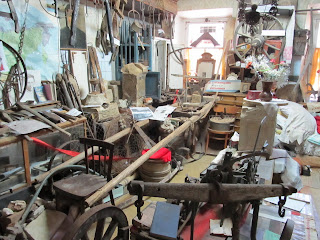 Here is a picture of a cell where inmates and people who were brought in for questioning were held. We had an interesting tour by a woman whose father died in a gulag and was brought to this building and never seen again. 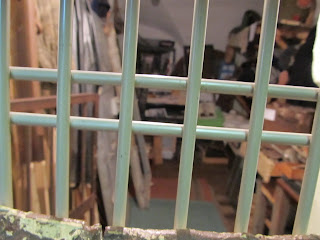