We spent the next evening traveling to Nizhny Novgorod, a city I have always wanted to see in Russia so I was really excited to get the opportunity to go there! Unfortunately, we only had like four hours there so I didn't get to see the wonderful art museum that was on my list but I guess it gives me a good reason to go back. I really liked the city and it was considerably more European and less diverse than Kazan. There were no mosques and most of the population was Russian instead of the plethora of Central Asian and Caucasians in Kazan. This is a photo of the Kremlin and the Chkalov Staircase which was built by German POWs during WWII as we approached Nizhny. 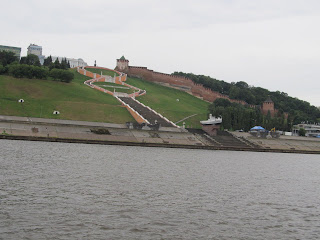 This is a picture of the port. 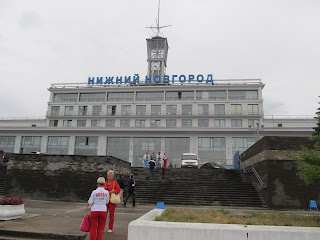 The Church of the Nativity of the Lady built by a rich family in Nizhny. 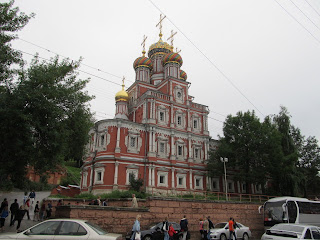 Another church and the lovely Soviet style apartment building right next it! 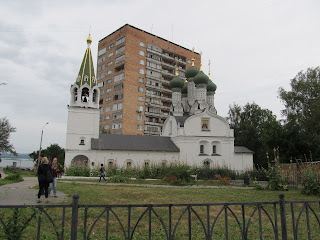 I like this building because it looked old and Slavic! 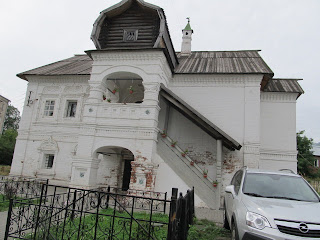 A bridge looking out over the city. 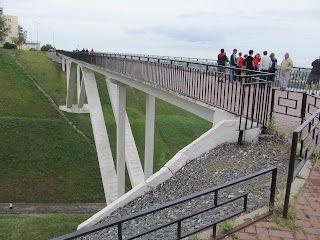 The view of Nizhny and the port. 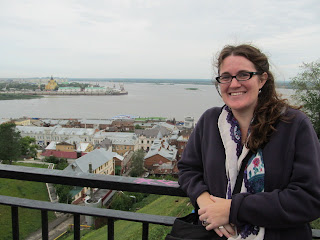 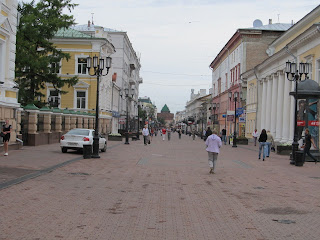 The view from the Kremlin looking out over the Volga. 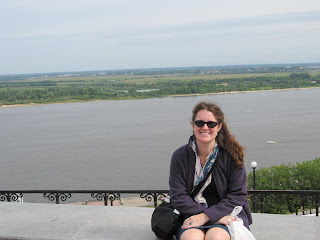 The main gate of the Kremlin. 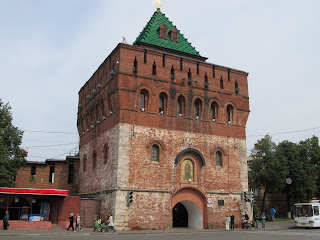 Inside the Kremlin there were a bunch of government buildings and museums. 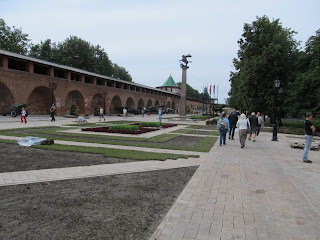 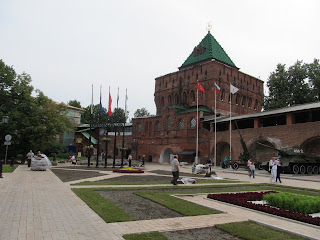 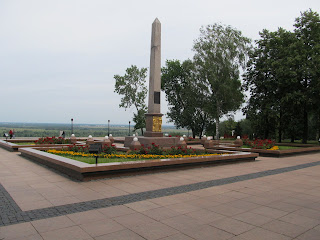 A replica of the statue outside St Basil's in Red Square on the exact place Minin called up the troops  and Pozharsky commanded them rise up against the Poles. This ended the Time of Troubles and established the Romanov dynasty. 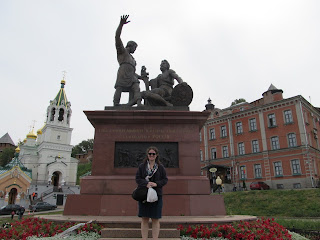 The Church of the Nativity of John the Precursor. 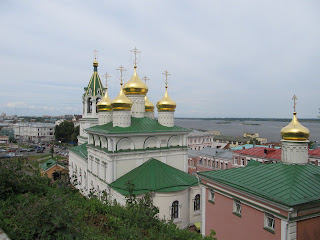 The very extensive ramparts inside and outside of the Kremlin. 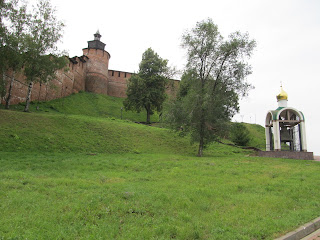 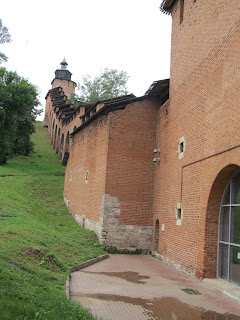 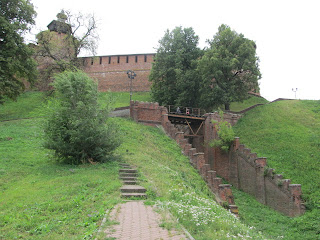