Since we didn't have a required excursion today a bunch of us decided to go to a new place that just opened in Kazan which is kind of like the Renaissance Fair but reenacts a market bazaar from the Kazan Khanate of the 14th century. This is the time when Kazan was coming into prominence as city ruled by former leaders of the Golden Horde. The religion at this time was Islam and they only spoke Tatar which is a Turkish dialect. The place is called Bibars Saray, they act out traditional happenings in the bazaar where everything and everything is in Turkish. They did have English programs though which told us what was happening. This is a picture of the bazaar from the outside. 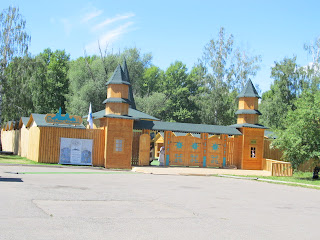 This is a picture of the Khan, the title of the Turkic and Mongol rulers, arriving in the complex. Everyone bowed and they made us do it too for authenticity of course! The picture on the left is Suyumbike the queen of the Kazan khanate from 1533-1551. There are many legends that stem from her rule but the most famous one was that after the Russians conquered the city in 1552 she was going to have to marry Ivan the Terrible. I will tell you the rest of the tale when I go and visit her tower in the Kremlin! 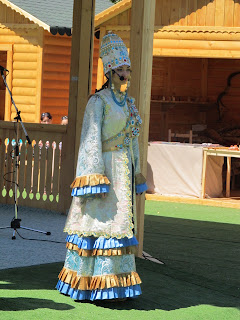 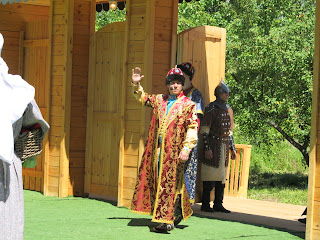 After the performances they let us try out a number of traditional crafts. Here is one of the students on my program trying out Sabantuy, national wrestling. 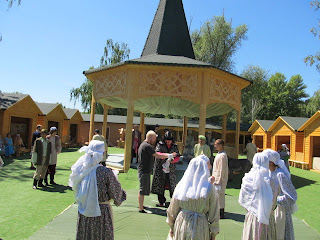 This is a picture of me trying out the bow and arrow. I was actually pretty good and my arm didn't shake at all....I think I could have been a warrior woman in a previous life! 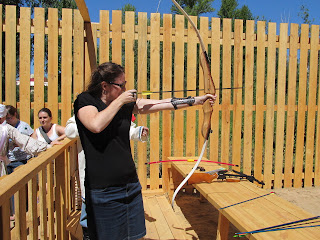 Here is a picture of me and Suyumbike. 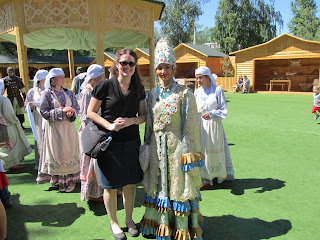 This a picture of a bunch of us from my group and the actors involved in the show...there was even a live donkey! 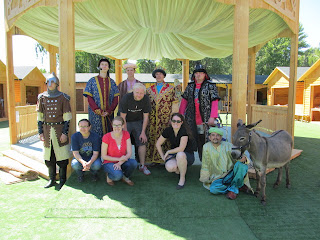