We each have a language partner who we meet with twice a week to go over homework and go on cultural excursions. My partner's name is Roza and she is Tatar which is fun because we talk a lot about the language policies and I get to compare it Latvia....a possible paper topic in the future! Plus she is my age which is nice! On our first excursion I met her at Victory Park, a monument in the city that built to commemorate all the people who died in World War II. I got really lost and ended up sitting on a marshrutka (small buses which are very popular in the Post-Soviet world) for like an hour. I even went to the end of the line and kept asking the conductor which stop to get off at and he just told me to sit down. I finally made it to the park which was on the other side of the river! The park was similar to the one in Latvia but has a different connotation here. They also have a bunch of tanks and army machinery there to look at. 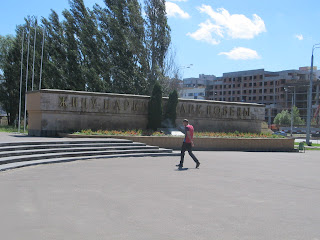 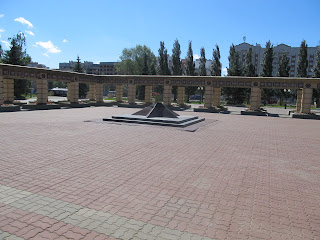 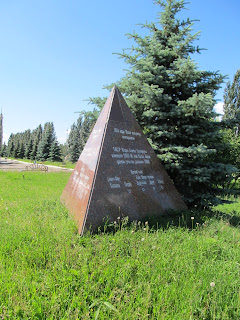 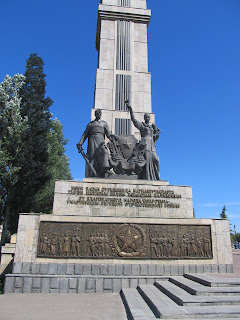 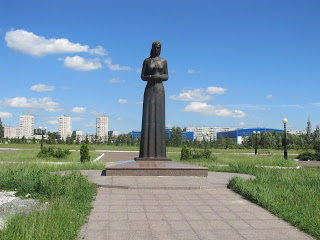