Interestingly my birthday and Russia Day fall on the same day so the entire country had the day off to celebrate with me! While this day is a holiday, all the Russians I asked could not explain what Russia Day actually was or what they were commemorating. A little bit of internet research revealed that June 12, 1990 was the day the First Congress of People's Deputies of the Russian Federation adopted the Declaration of State Sovereignty of the Russian Soviet Federative Socialist Republic. So basically it is independence day from Soviet Union and is viewed with general apathy in Russia because of the mixed feelings in the country about the fall of the Soviet Union.

This is the celebration on Bauman Street, the central pedestrian street in Kazan. 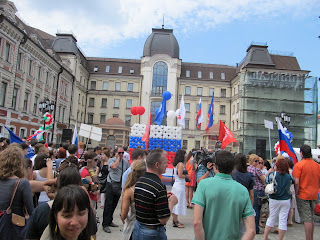 They let the flag go during the Russian national anthem and it flew over this church. The blue flag in front is the flag of Putin's party United Russia. 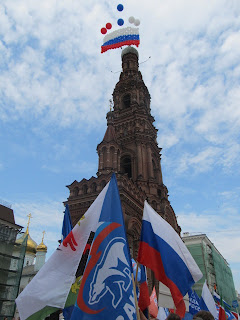 At first I thought these were anti-Putin protesters but a little bit more research revealed that they supported the regime which is why they were able to protest even despite a large police presence as evidenced in the pictures below.  The sign on the right says Putin lives. 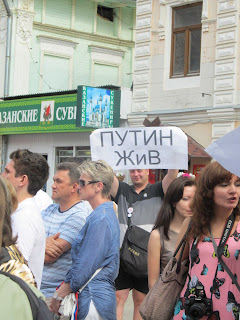 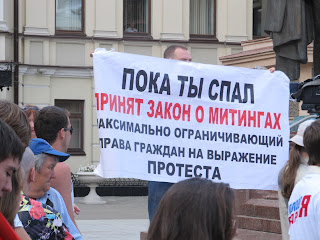 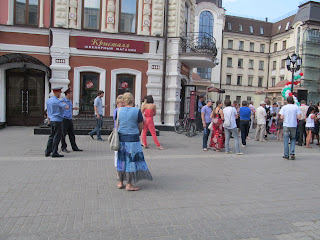