Here is the epic conclusion to my fun touristy things in Kyiv post! We had a lot of fun and didn't even get to see half of the things on my list! Hopefully was are going back in February for more research and sightseeing!

Matt and I on the balcony of our apartment in Independence Square. 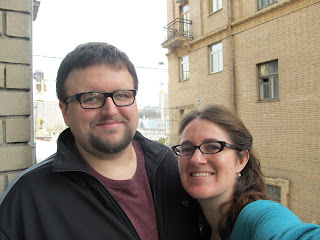 Walking to the Kiev Pechersk Lavra founded in 1051, it is one of the most sacred places in all of Orthodoxy. 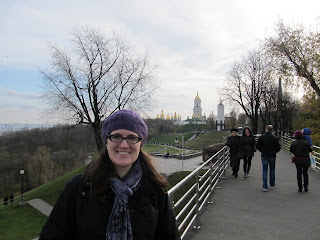 A nice man wanted to take our picture...most of the people going to the Lavra are pilgrims going to pray in the caves beneath the lavra which were dug into the mountain side by monks who were persecuted from practicing above ground. 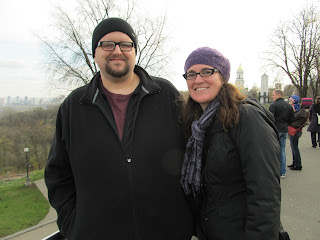 The controversial monument to the Ukrainian famine or holodomor on the way to the Lavra. It is controversial because many people argue that the Soviets did not systematically starve Ukraine, the breadbasket of the Soviet Union in order to collectivize the farmers. They say a lot of people starved from 1932-33 in the entire Soviet Union and that it was not aimed at just one ethnic group. Considering I took of a photo and wrote about the monument I am assuming you can guess what side of that argument I agree with! 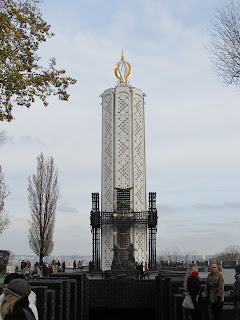 Inside the upper part of the Lavra.  As I said it was built on a hill so there are two parts and walking on cobblestones coupled with a steep incline can make walking difficult! 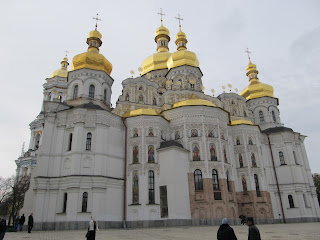 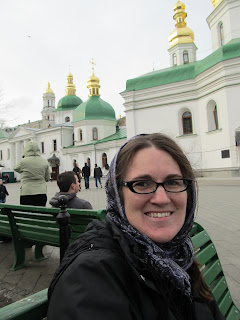 The Rodina Mat or Mother Motherland (yes, that is the real name not my mistaken translation) World War II Memorial. Despite the fact that it's a woman I still think it's hideous! The museum underneath her tells about life in Ukraine during the war and was very interesting even though it it has a clear Soviet bias! 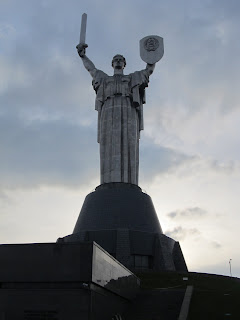 And that concludes the tourism part of our trip to Kyiv! Stay tuned for more fun posts on my research and Rotary presentations! This last picture of a monument in Independence Square says its on 409 KM to Kharkiv...so we will definitely becoming back for more fun and adventures! 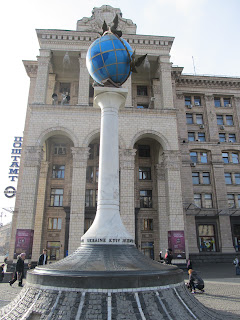 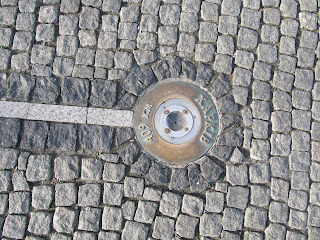