This past weekend we went to the Dolphinarium in Kharkiv that is located in Shevchenko park across the street from our house. The dophinarium is an arena for dolphins and I heard rumors that the mayor of our city sent somewhere and saw a Dolphin show and decided that Kharkiv just had to have! I have been wanted to go see the show for a while but we decided to wait to do some of the indoor things in the city until it got cold. It was actually the perfect thing to do on a cold wintry night in Ukraine because the arena was warm and well light so it felt like we went to a tropical destination for the hour long show. The tickets were around $10 which is more expensive than most things in Kharkiv but it was a really great show and totally worth it!

Matt and outside the arena with a very snow covered/creepy dolphin. This reminded me of the Simpson's episode where the dolphins take over! 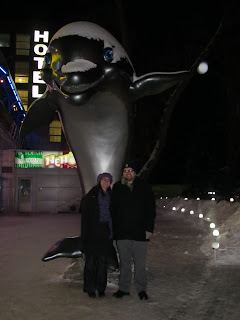 There are no real trademarks here so the name of the arena is Nemo. 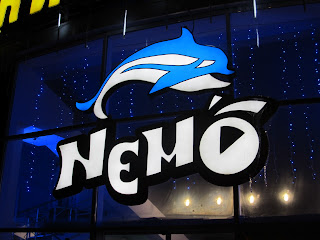 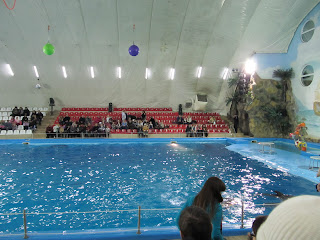 The seals were the opening act. 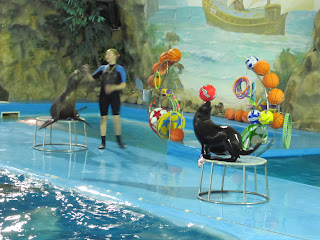 There were five dolphins, a baby dolphin, and then a white beluga whale. 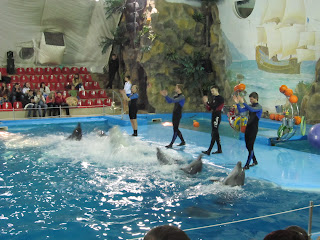 This is a more clear shot of the dolphins and the whale. 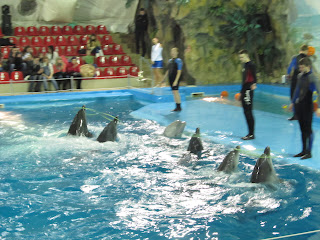 This was the best trick of the night two dolphins jumping through the hoops! 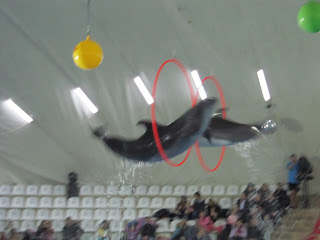 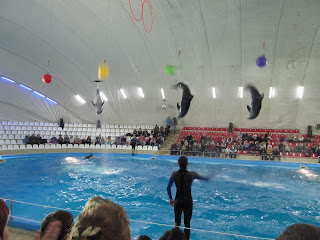 One of the trainers riding the dolphins. 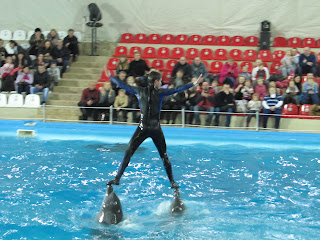 They beached themselves after all the tricks to get some treats! 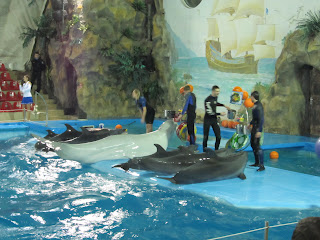 We went with our friend Kali who is a Peace Corps Volunteer in a smaller town outside of Kharkiv. She is from MN and interested in the counter-trafficking movement here and so we always have a lot to talk about! 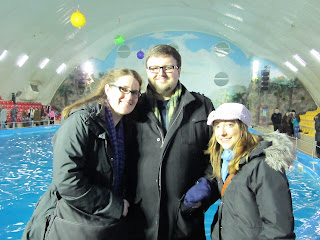