I have wanted to go to Poltava since I learned about the epic battle there in 1709 during the Great Northern War between Russia and Sweden during my junior year of college from my favorite Latvian History Professor Paulis Lazda. Basically if Russia had not won that Battle Peter might never have been great and might have never taken control of the Baltics and Ukraine. This battle paved the way to the Baltic (where Peter built St Petersburg) and because a Ukrainian henchman sided with the Swedes it determined Ukrainian fate as an ethnic minority in the expanding Russian Empire. I have to do a number of speeches as part of my Rotary Foundation Ambassadorial scholarship so I arranged to meet with the club in Poltava so Matt and I traveled there on Monday. It was a long but great day filled with tons of unexpected reasons why I love traveling and Eastern Europe. The weather was the only thing I would have liked to change about our day there because it was rainy and overcast!

We left Kharkiv at 6:50 and were in Poltava by 8:30 am. This is the main pedestrian street Zhovtneva early in the morning. 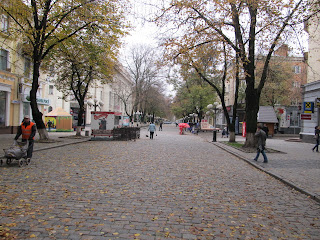 I love a good map! 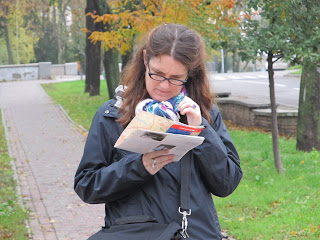 The Museum of Local Lore which was wonderful and can be enjoyed even if you don't speak the language. 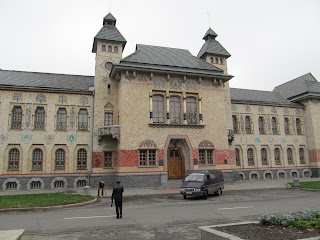 Monument to Kobzars, Ukrainian bards who were murdered under Stalinist oppression. 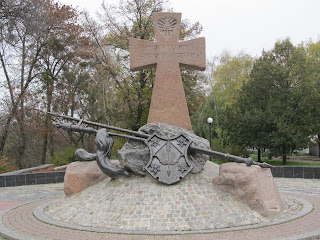 Me and the monument to halushka dumplings from Poltava. 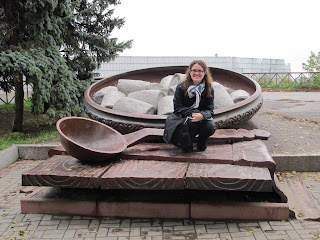 Poltava Friendship Rotunda erected on the 200 year anniversary of the battle in 1909. 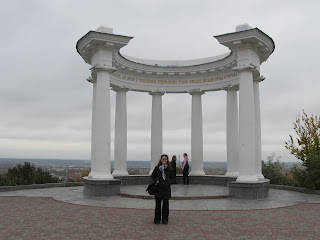 Matt and I in our token self portrait with our heads blocking a nice view of the Krestovozdvizhensky Monastery. 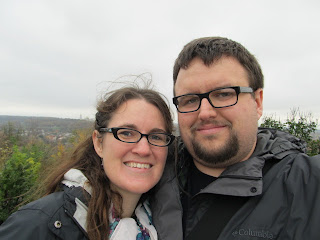 Enjoying a very Ukrainian lunch of halushka and solyanka (a thick meat soup)! 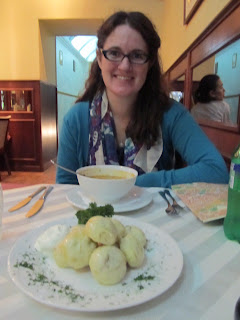 I also was able to interview the local organization that works with trafficking victims. During the interview we had to take a break so I could be interviewed by the local news channel about my research! 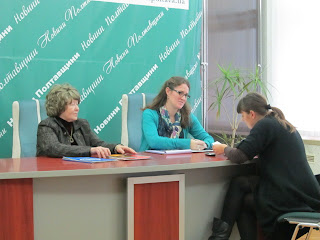 Then the woman from the NGO took us on a excursion to the battlefield. 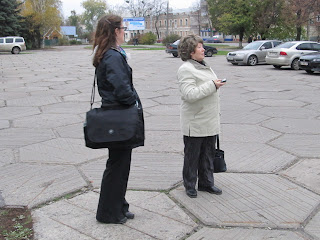 A monument to the Battle of Poltava with three sides symbolizing the three sides who fought in the battle Sweden, Russia and Ukraine. 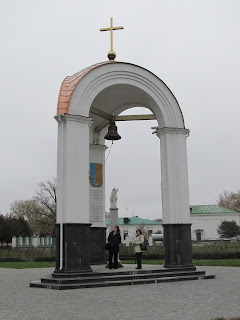 Matt and I with Peter the Great...he was one tall guy! 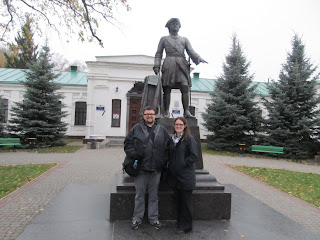 This is a grave with the officers who perished in the battle. 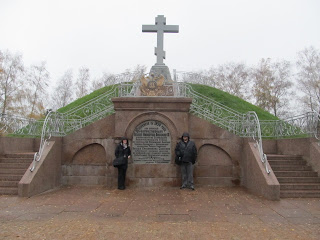 Me presenting my sponsor club banner to the Rotary club of Poltava and talking about the meaning of the Jayhawk on the banner. 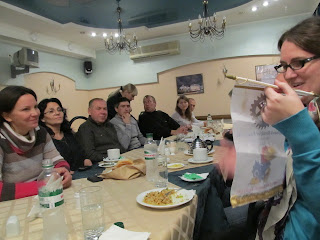 Me and the first woman president of a Rotary club I have ever met! We exchanged banners as is customary for Rotary. The one from Poltava was beautiful with the crest of the city. I will bring all the banners I receive back to my sponsor club when I return from Ukraine. 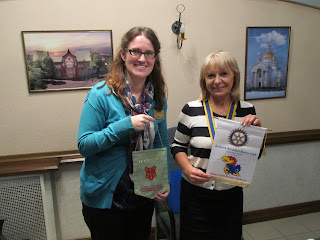