Out and About in Kharkiv

I have been in Kharkiv for a little over a week now and I wanted to post some pictures of the sights around town so you can get an idea of what this city of 1.7 million looks like.

Here is a sign welcoming us in Constitution Square. 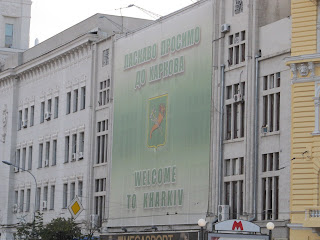 This is a pictures of me in Freedom Square, the largest square in EUrope and second largest in the world after Tiananmen Square in Beijing. Vasyl Karazin Kharkiv National University, my university is on the left and a huge statue of Lenin is in the middle of the square. 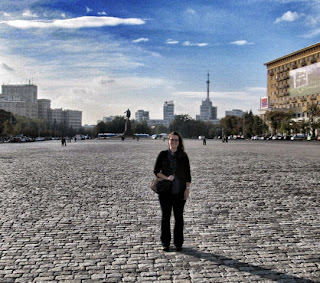 This is the Fountain of Lover's in Architect's Square. I asked Matt if he wanted to reenact it but sadly he said no! 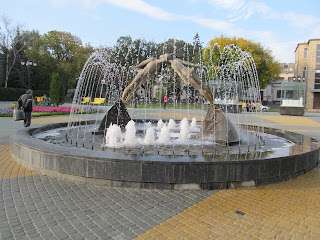 This is sign often seen in Kharkiv, me looking at my map! 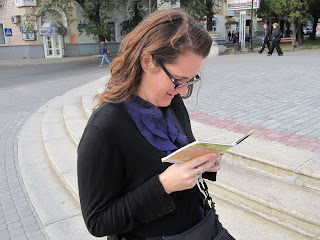 The requisite statue of Pushkin, the Russian literary hero on the main street named after him. 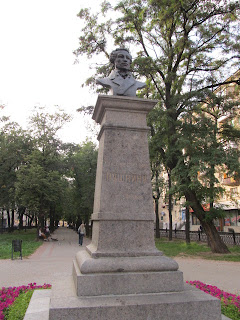 Me in Constitution Square, with a Ukrainian lady liberty in the background and Pokrovsky Monastery in the distance. 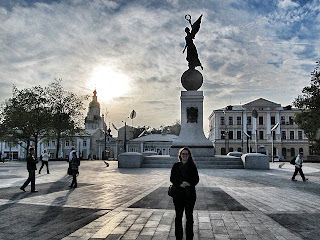 Me and some statue of guy I don't know the name of yet but I will look it up and get back to you! 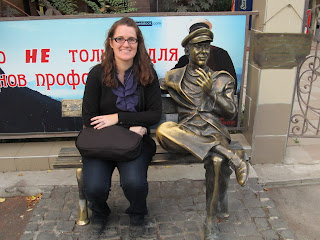